Hitsugi no Chaika When the first season started, I only got a few episodes in before I didn't have enough time to follow it. I kept getting it, and I continued with the second season. I'm finally going through it and I'm really glad I did.

This show has all kinds of elements to make it really interesting. Multiple factions, each with their own perfectly valid motivations, Major game-changing plot twists that alter the course of events, but which still logically follow. A Multiple-McGuffin search quest that is actually different at each stage of the game. And no sign of a high school.

I mentioned Chaika before as a Magical Sniper. She's not the only one. Actually, that can be read two ways. First, the "Gundo" is a standard Magical weapon and multiple characters use one, but more interestingly, Chaika herself is not the only one.

It seems that after the Eight Heroes from the Six Nations took down the "Taboo Emperor" Gaz (Who had developed the science of magic to truly obscene ends) five years ago, the countryside has been crawling with girls claiming to be his daughter, much like Anastasia. They're all of similar appearance, and all have the same goal, to collect the remains of the Emperor, although their motivations are different.

Our Heroes are traveling with the White Chaika, a fairly innocent girl who works magic, and whose goal for the remains (Which are high-performance sources of magic - something our heroes fail to take advantage of when their other resources are low) is simply to give them a decent burial.

Eventually they run across another trio, one of whom comes to be known as the Red Chaika, she is more violent, has shorter hair, and wields a chain-sword. Her goal is to collect the remains and use them for revenge.

There's also the Blue Chaika, who found out her true origin and decided not to be a Chaika any more, and renamed herself Layla. She is a rather evil bitch who manipulated others with drugs and sex, and is hoping to plunge the world into warfare again simply for the carnage of it.

What's that I said? True origin? Oh yeah, as much as we'd like to think "Our" White Chaika is the original and the others are fakes, that's not so. There are hints earlier (with Layla), but a few episodes into the second season, there is horrifying confirmation. All of the Chaikas are fakes. It's all part of the Emperor's plan.

There's also another part of the plan, when Teams White and Red discover an island meant to house the Emperor's treasure, it turns out to be the Emperor's Moreau Island, where they have been mass-replicating various magical beasts and demi-humans (generic Kemonomimi and Kobalds by the looks of it). The Chaika's weren't replicated, but made from kidnapped girls and remodeled and reprogrammed.

Also on the island is a girl, quite possibly entirely artificial. She needed the presence of a Chaika to become activated, and she bonds to the White Chaika. At a critical juncture it turns out that she's a living(ish) weapon, a Gundo of tremendous power. After they escape the island, she goes from being basically inert to insisting, with that kind of disturbing quiet insistence that they WILL continue going after the remains, even after learning the truth.

There are a lot of characters in the crew, The brother and sister "Saboteurs" (Who aren't really siblings, just childhood friends) - basically ninjas - who first hook up with White Chaika. There is, of course, sexual tension,  Chaika bonds with him innocently, but won't acknowledge it, which his sister needles him about endlessly. She also is a rather deadpan tsundere, who expresses her care in unusual ways, like "Don't wound him too badly when you kill him, I plan to have him stuffed." She's never lovey-dovey towards him, but she definitely has the prior claim to him. Finally at some point they pick up a shape-changing female "Dragoon" who mostly wants to fight him to the death, but they keep putting it off, so she keeps sticking around. She transforms from an giant armored dragon into a frilly girl and a cat.

Red Chaika also has a thing for the boy Saboteur, but can't bring herself to admit it, even if her teammates can see it and needle her about it.

The nice thing about all this stuff is that the show ISN'T built entirely around it. It's a factor in their characters, to be sure, but it's not the driver of the plot. (I was afraid it would derail in that direction about halfway into the first season, but they got back on track.)

There's also a crew of good guys who have some interesting dynamics.

I still have another 6 episodes to go on the second season, and I'm eager to see how it turns out, but first, a couple of pictures, just because I haven't had many lately. 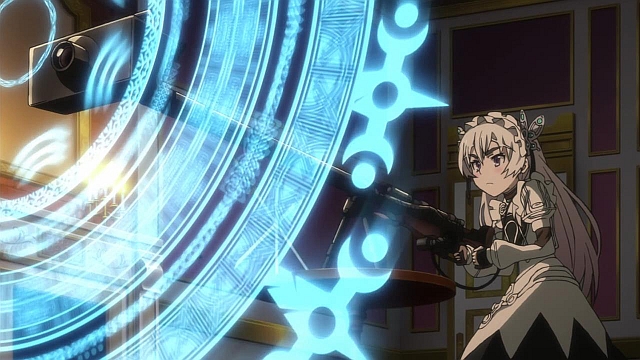 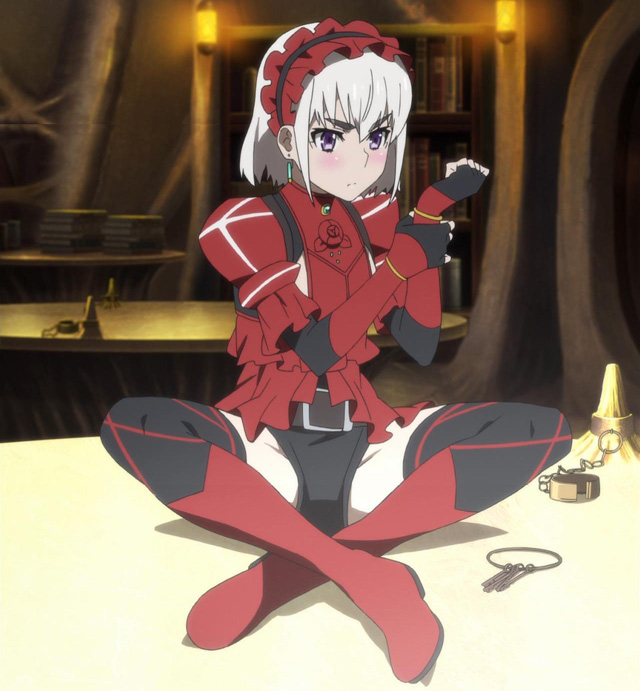 Red Chaika after a near miss with the dissection table. 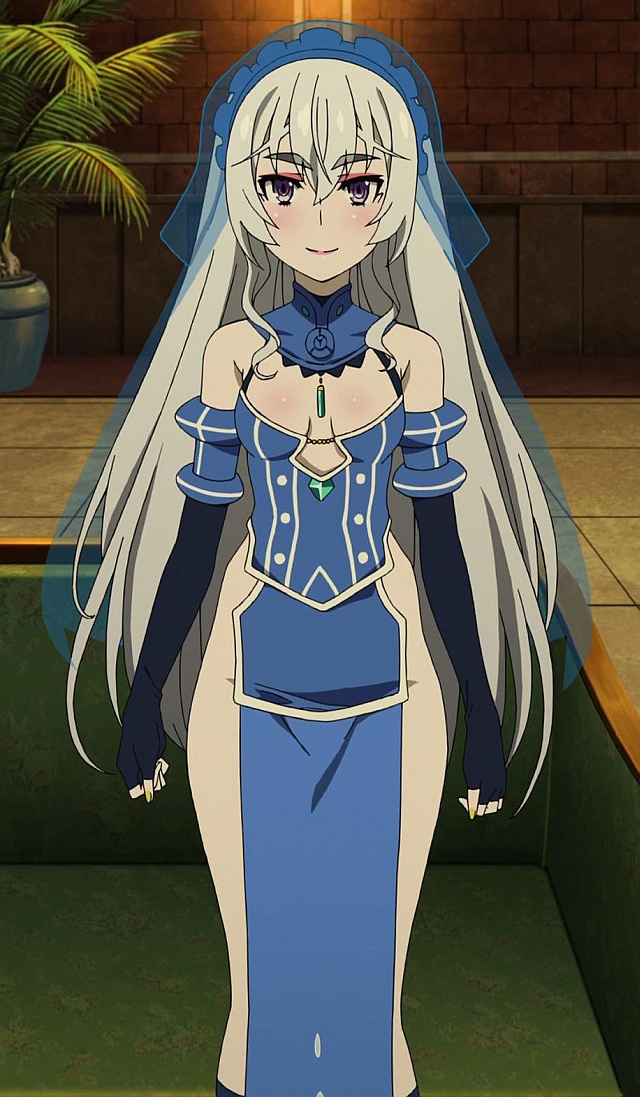 Blue Chaika/Layla. Shame she's the most evil. There's no way she's wearing panties under that.

Update: It turns out the second season only has 10 episodes, so I actually had them all. Good thing too. The denouement of the series is really, really good. Once they introduce the Black Chaika.... 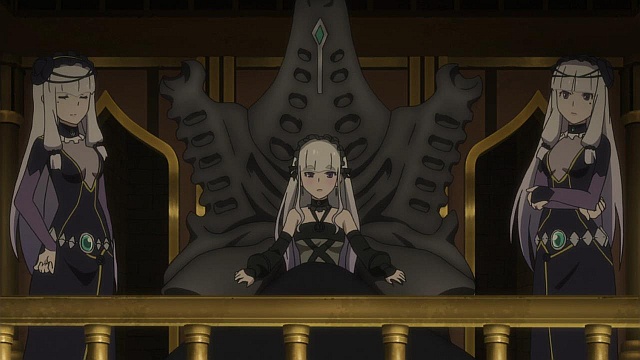 Not triplets, but her dolls. She has a lot of dolls who used to be Chaikas.

I made a prediction at the very beginning of the series that the quest would bring about a Very Bad Thing, and it certainly did. I nailed it. But the journey was very much worth it, and took some routes I never would have guessed.

There were only two weak spots in the series: the establishment of the affections in the first half, and a fighting tournament in the second that could have been de-emphasized. But I guess the fight was important background for the events in the end, though it had some obviously dumb moments. Still, they didn't rise to the level of ruining the story.

All of the possible details got properly tied up as well, Things that had been set up since well back in the first season came into play. You might say that a whole mantlepiece of Chaika's Guns had been fired by the final act.

All in all, it was awesome.  Recommended.