Renkin San-Kyuu Magical Pokaan I use the main screen of uTorrent as a sort of Video Manager, with tags indicating things I've watched, things I'm planning to watch, things I have collected but aren't on deck, etc. And I move things around that way.

I recently noticed that I had managed to move something into my to watch label that I didn't recognize. I started to check it out, and then I realized to my chagrin that I had downloaded a batch with GERMAN subtitles. And then I looked further and realized I had downloaded this very old show in 2011. But you know, some people are very dedicated, and a torrent that was posted in 2014 is still running. And the subs are in English, the resolution is higher, and I still don't remember why I downloaded a show originally from 2005 six years ago.

Then I watched further:

Plus, it's a cute show. Four girls have come to Earth each representing different occult archetypes, a witch, a vampiress, a cyborg (Frankenstein) and this girl, Liru, a werewolf. They build a home in a tree in a park, and try to live in this world with absolutely no clue. In the half episode the screencap is from, the witch notices the postal delivery guy dropping off mail at every house across the street, and she wants some, but has no idea what it actually is. She and the Cyborg build mailboxes, but when that cargo cult move doesn't get them mail, they all escalate.

2 Need a Magnet link?  Maybe you already got on this because I'm almost up to my 2:1 share ratio....

4 Needless to say, there is a Beach episode. 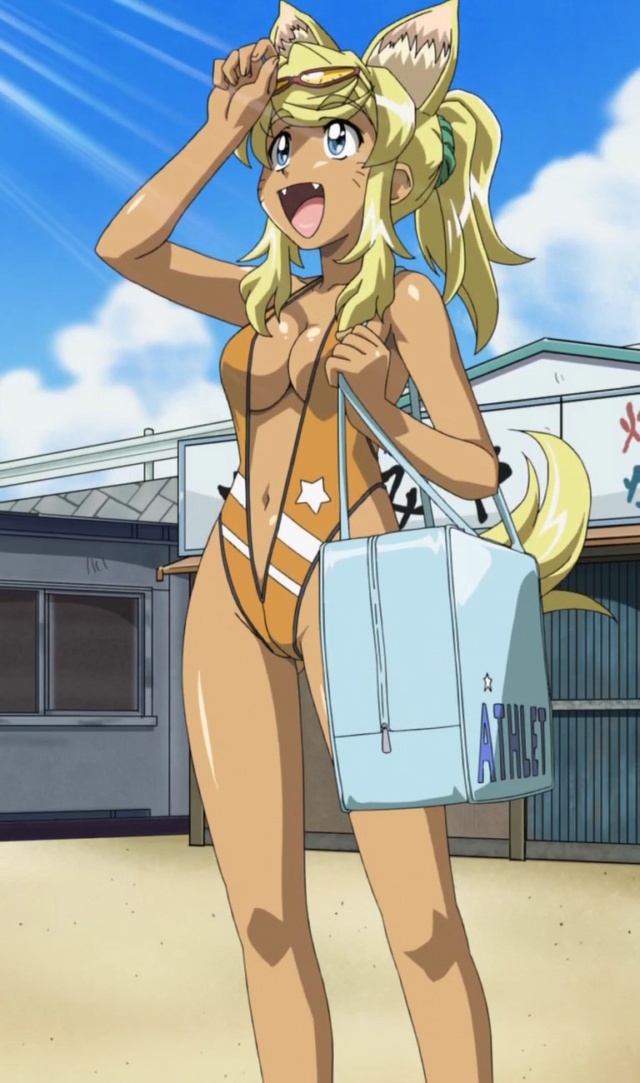 7 Thanks. First time trying to use a magnet link, and so far, it just sits there doing nothing. I presume I have to leave qbittorent running long enough for it to find a node that recognizes the hash.

8 Found a torrent with seeds (had to update qbittorrent to get the search engine to work; haven't downloaded anything in quite a while...). The magnet link never did anything, though; maybe my client is misconfigured in some fashion.

9 5 seconds into the OP and I recognized the character designer from Hand Maid May, Cosplay Complex, and G-On Riders. This is a good thing!

10 Guess I can shut it down now. I'm not an expert on the thing, but I think magnet links depend on DHT running. I also don't know if the format that uTorrent gives when you select "copy Magnet URI" is the same as a magnet link as you see on the torrent sites. This torrent also inclues three extras, and the circle was [BAF].

11 The one I found was a DVD-rip by [Tsundere], and also includes the three extras. The moment I started watching, I remembered having seen some comments from SDB, but he never gave it a full article or review.

I had DHT turned on, and it was at one point connected to 300+ peers, but it never found one who recognized the hash. Maybe they'll have this stuff working in a year or two when I try to download something again... :-)

12 Hmmm, when I click the magnet link, it switches to uTorrent and asks me if I want to add the Trackers because I already have the torrent. Yeah, I don't know what to say there. But as long as you have it, that's good.

13 Oh, I might have included the magnet link for the really old german sub! I hadn't deleted that yet, but I imagine the torrent was lonh gone.

14 BTW, if you watch VERY carefully, there's a fifth girl. 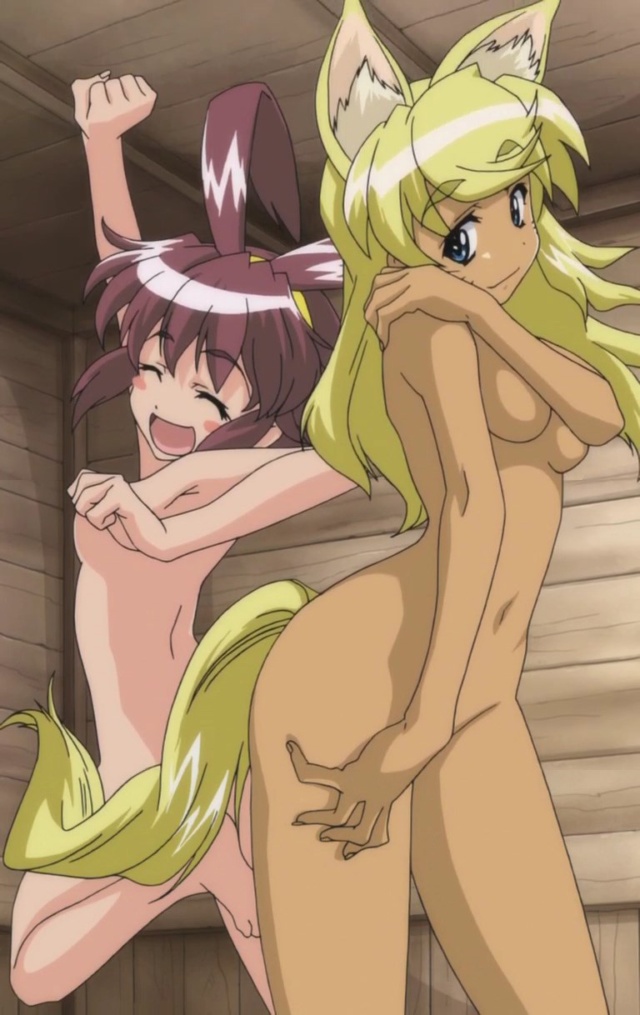 17 Funny how Uma is the main character, but Liru is the clear fan favorite. I wonder why that is...

Oh, and the fifth girl is amusingly handled in the Robot M5 story.

18 She also turns the pages in the book and says something in the christmas episode (Which if you pay close attention, they got the date wrong).

Liru has the widest range of the characters, I think. She's even the closest to "Normal".

But will it play my anime files? Yay, Amazon has finally made a Fire Tablet that has a full 1080P screen. But what I want to know is, will it play .mkv files and handle fansubs?

1 Yes it support both files .mkv and other media files too.

I did see .mkv in the specification. But knowing how fansubbers do all kinds of tricks with color and animation in the subtitles, I wonder how well that is supported.

Reno Air Races.... Just got back to my hotel after the last race. It's way too big of an event to cover in a blog like this (Which is meant to be my anime blog anyway) but my god, the final Unlimited Class Race... Voodoo and Strega ware SO fast they double lapped the last plane, and thus the race really resembled an obstacle course.

Strega won, but it was really close the whole time. If it hadn't been for the other traffic, I can't say for sure how it would have turned out.

1 Kickass! I want to go one year too, but keep forgetting.

New Anime Chart Site If you need a Fall Anime Chart, try here. The menu at the top lets you choose other seasons and years.

2 In the past I was rather amused by Fireball Charming, so I will watch Fireball Humorous. Not sure about anything else. Hell, I don't think I picked up anything this summer, but I should have a chance to hit batches soon, if anyone has any recommendation.