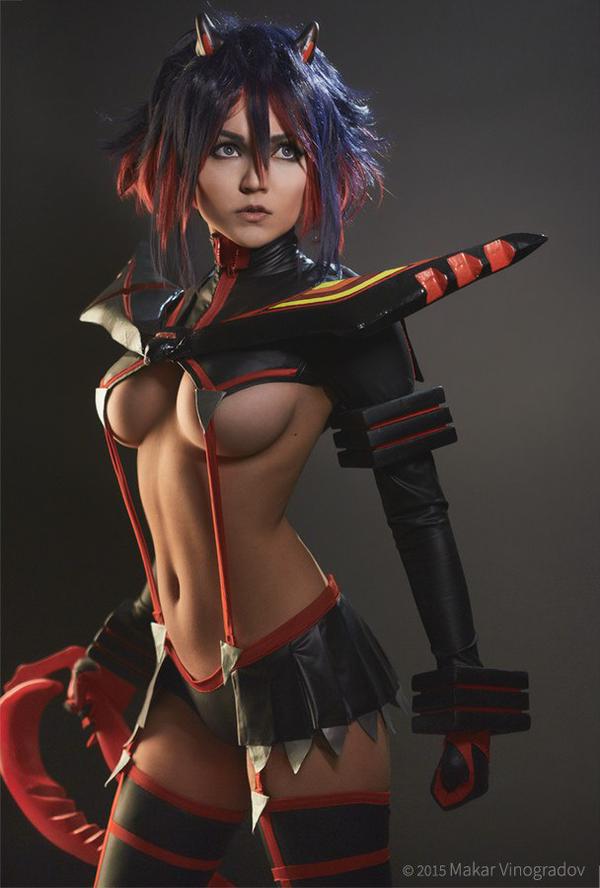 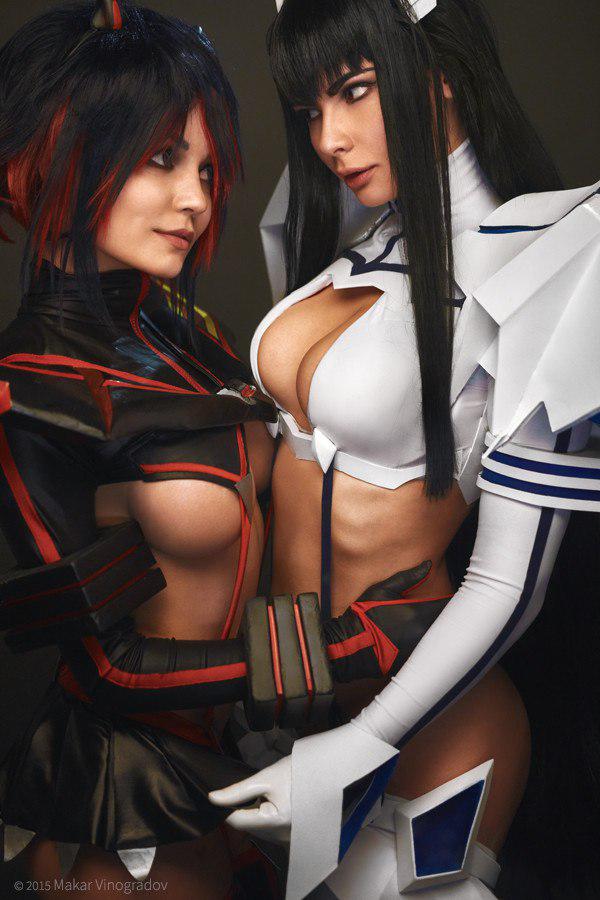 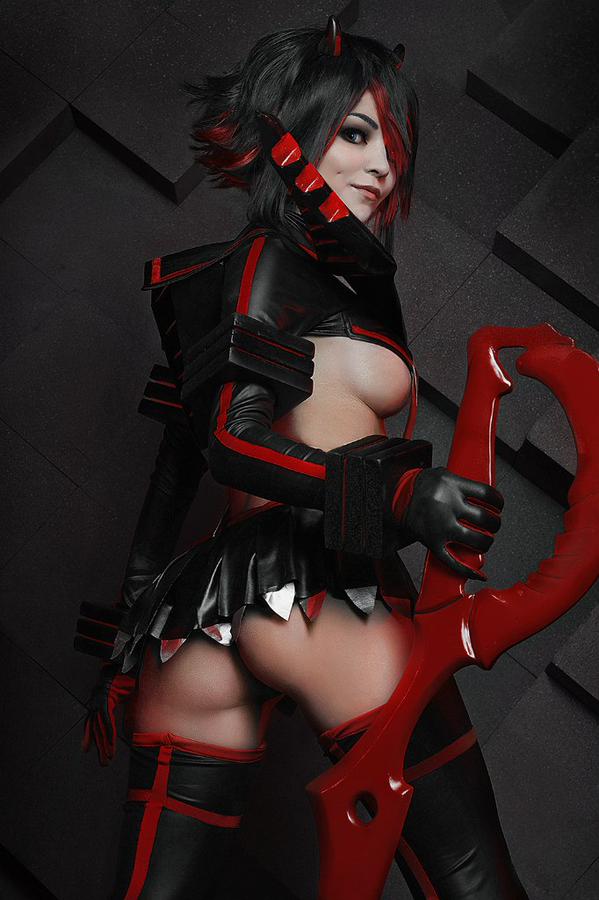 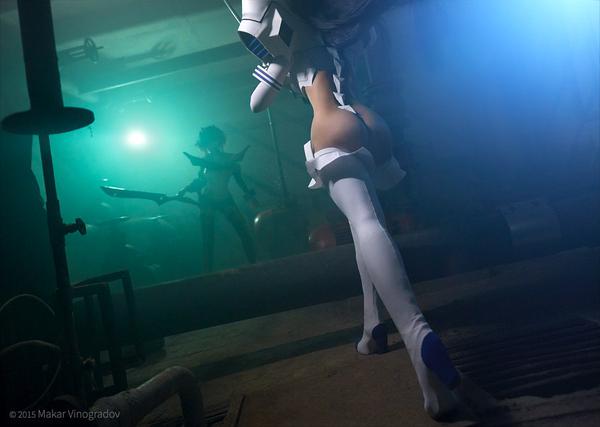 1 Alas, I am without words save for a smart-ass comment. While the detail and effort put into the costumes is incredible, and the sheer amount of discipline necessary to maintain their physiques is awe inspiring, the young lady playing Satsuki is definitely not sporting an accurate representation of the character's authentic Japanese ass. (NTTATWWT).

2 You're right, I'm going to have to look at that problem very carefully, at length. It may take a while.

3 I know I should post more entries... but I don't want to knock this down the page....

4 Well, there must be a way to pin. Ask Papa Pixy.

5 I just can't see how that would be comfortable.  But you're right.  Cosplay has gone to new levels in the last five years.

6 Found an article about this, it's in Spanish.... but it includes a Russian language video of the photo shoot.

So yes, a Spanish article about a Russian cosplay of a Japanese anime.  What an amazing world we live in.

SpeedGirls So this year at the Reno Air Races I discovered that the anime-styled banners for several of the airplanes were not created by the teams, but were gifts from an artistically talented Japanese fan.

To recap, here are the ones from last September's post.

Click to Embiggen
Strega
It makes a little more sense when you know that Strega is Italian for Witch.

Click to Embiggen
Precious Metal
(Who unfortunately was not there this year after a devastating engine fire.)

This year, there were some additions to the collection:

I also bought the author's comic and a sticker at one of the booths. One of the sellers offered to handle these things for him without taking a cut just to support him, so I didn't meet the artist. 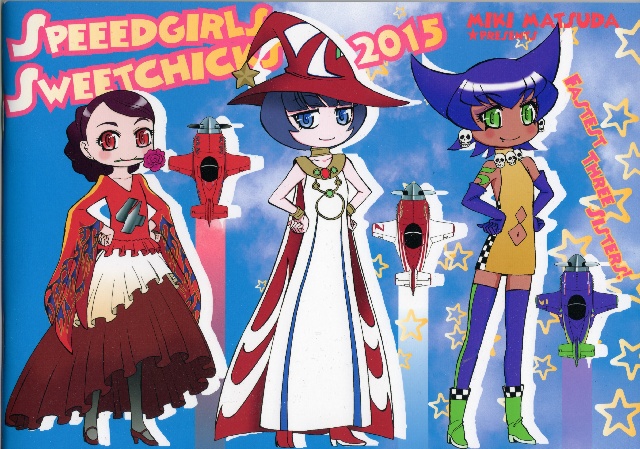 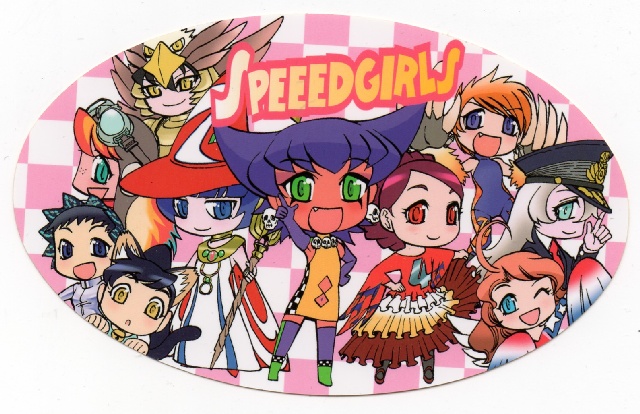 The original post is here, and I posted a few photos I took over on my DeviantArt page, including some nice shots of an F-16, B-25 Mitchell, P-51 Mustang, and a formation of L-39 Albatros jets flown by the Breitling Jet Team.

Fall season So, browsing through the Neregate chart, I'm not seeing a lot to pique my interest. There's the new Lupin series, a continuation of Testament (which I never finished) the final Monogatari series (Still working on the first one, but wishing I could have seen the movie first).

Worst of all, not a single catgirl in sight.

Anyone interested in my pictures from the Reno Air Races?

Actually, there's a funny story related to that. If you recall my pics from last year about the Anime-styled banners for some of the planes, this year there were more. But the thing is, the race teams didn't do them -  apparently a race fan from Japan has been doing the banners on his own and giving them to the teams. Not only that, but this year he had a storybook (and a sticker) about the planes as mecha musume, going to a "School in the middle of the desert" that looks exactly like the home pylon at the races. It was cute.

2 Working on it.  I need to reinstall my scanner software. (doh! The things I missed in the rebuild!)