New post on my writing blog... but it's not SF?
What a long Strange Trip it's Been

Because I love you guys, even if you don't comment 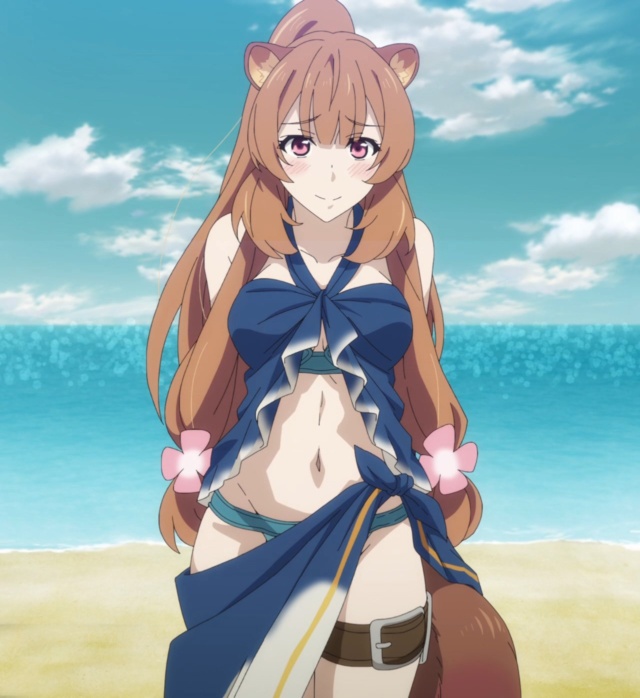 1 [ lengthy wails of indignation and despair at the problomatical nature of the subject followed by virtue signaling, pearl clutching and shrill calls for deplatforming go in this space ]

Sewayaki Kitsune no Senko-san
Or The Helpful Fox Senko-san.

Is this a healing anime? Kuroto Nakano is a severely overworked Salaryman. No wife, no kids, just the minimal apartment that he barely even gets to sleep in. This has understandably worn him out, and a cloud of gloom is hovering over him. The fox goddess sees this (Apparently there's an ancient connection between his family and the Kitsunes), and Senko volunteers for the duty to help him make his life better and more relaxed, because that gloom isactually a kind of threat.

Now Senko is an adorable little 800-year-old fox spirit, and she's dressed very traditionally in a Kimono and Geta, and her experience with the modern world is minimal. So it takes a little while for her to settle in to things (She cooks for him using her foxfire because she didn't know how to work the gas.) Her battles with the household machinery also attract the attention of the female Mangaka next door, who was used to the silence coming from Nakano's usually empty apartment. But after Senko whips up a meal for her, any thoughts of going to the police evaporate.
Despite all her best efforts, Nakano is still beaten down. But a bit better. He really does enjoy fluffing Senko's tail, and she puts up with that indignity because it does, after all, make him happy.
Senko does, however, have a rival up in heaven. Shiro is a much more modern Kitsune, who wears a high-slit dress, long gloves and thigh highs, and she thinks Senko is not doing nearly enough to reduce Nakano's stress, so she decides to join the party. She is naturally Senko's opposite, where Senko is humble, Shiro is egotistical. Where Senko wants to serve Nakano, Shiro wants him to serve her (All of those who serve her look happy, she explains). 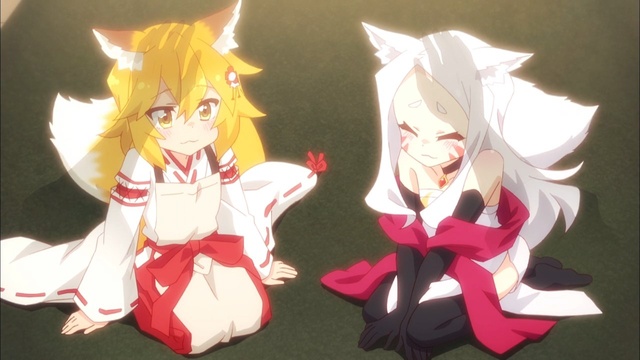 Quite the pair.
Click to Embiggen
I've only gotten to episode 5 of the 9 out so far from Erai-raws (Wish they'd translate the songs). But it's a cute little inoffensive show. Nobody's going to rage over it like The Rising of the Shield Hero.

1 Notably, Nakano's not working at a black company. He's just a man who stays behind in the office, alone.

2 I could have sworn I'd read that it's a Black Company, or else they said so in the first episode....